Excerpt & Teaser from Never Mine

Never Mine by Megan Mitcham

“My deal?” Her long loose hair fanned wide as she spun in a short angry tornado. “I thought your new gig was safer.”

She backed toward her door.

“You still didn’t answer my question,” he reminded.

“You’re acting like you don’t know me—like we haven’t laughed the hours away over a bag of potato chips and a beer, like I haven’t carried your drunk ass in from my back lawn and held your hair back when you puked on my carpet, like—”

“I get it.” When she got angry, her upper lip curled into a sneer, revealing her little crooked tooth.

“Whether you’re acting weird as shit or not, I know you. I’ve never known you to shirk from confrontation. So nut up.” Again, maybe not the best choice of words. He hated how different things were now that Amery was gone. Things he’d said to her a thousand times before never seemed crude or inappropriate until today.

“You told the girls we’d go to the beach together?”

“I told them we’d see. Besides, what’s the big deal if we did? Amery wouldn’t want us to never go to the beach again because she’s dead.”

“Us? You and me? You don’t see anything wrong with that?”

“Just because Amery is gone, I’m not going to get weird on you, Jilly.” He hoped, at least.

She braced both hands on her hips and puffed out her chest. He’d said something wrong, and he didn’t have a damn clue what it was or how to make it better.

“The girls would love to see you more. They need stability. We need you in our lives like…”

“Well, I need…” Her lips pressed together, rubbing off the last of her lipstick.

Her anger fell away. Hollow eyes welled with sadness. “I need distance.”

He knew the words were coming. They still hurt like a motherfucking knife to the guts. “Why?”

“Have you gone through Amery’s things?”

He should have kept his mouth shut. Jillian had gone through everything with the girls, boxed up what they wanted to keep, donated a lot, and boxed up things that he needed to go through. He hid the boxes at the back of the closet and went on about his life.

“I’ll text you with my new schedule. I’ve signed on with a private outfit for some trial runs.”

“You retired from the Navy?” he croaked.

“You’re not Navy anymore, Base Branch.” She used the name of his employer like a curse word. 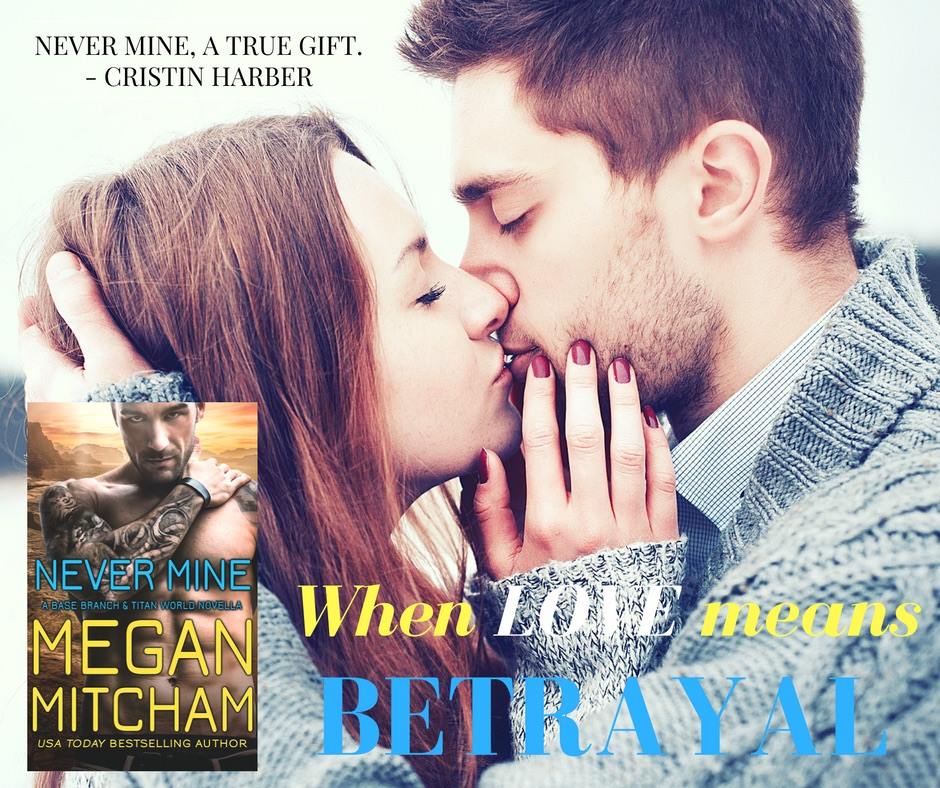 Jillian opened the door. “You wouldn’t have approved.” She climbed into the cab, slammed the door, and left him all alone with his dead wife and precious girls.