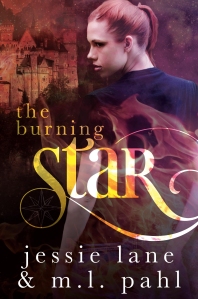 No Audio Book available at this time.

Seventeen-year-old Kay’s journey of a lifetime started in the woods where she met a beautiful man … along with a monster. The chance encounter led her to an unbelievable world that shouldn’t have existed, a place where myths and fairytales were real and, in some cases, deadly.
Kay knew she would have to brave this new world if she hoped to find a cure for her terminal cancer.
With a strange yet beautiful cast of characters, Kay uncovered truths that would change her life forever. However, before it was all over, she discovered she wasn’t the only one with problems.

Yet another seventeen-year-old young woman was fighting for her life.
Kira had grown up in a magical world. Despite this, her life had not been filled with many good things. She considered her empty, emotional solitude the only positive aspect of her life and fought daily battles to escape abuse and torture.
Trained to be an expert assassin, she was charged with kidnapping Kay and delivering her to Kira’s master, Lord Donovan.
As the two young women set forth on their journeys, their paths would cross in unimaginable ways. There was only one question that remained: who would come out alive?

WARNING: This is a upper ya/young adult/new adult fictional story that includes some explicit language, graphic violence, and mild sexual situations. Recommended for ages sixteen and up.