& the Walk On The Striped Side Audiobook releases July 10th…

BUT I’m giving away one set of both audiobooks RIGHT NOW! YAY! I’m so incredibly excited about the Big Bad Bite Series releasing through Tantor Audio that I want to celebrate this new venture by giving a copy of Big Bad Bite & Walk On The Striped Side away to one lucky winner! Giveaway runs from 6/24/14 – 7/06/14.

Don’t forget that Tantor is having a 50% off sale through the month of June! This means you can pre-order both Big Bad Bite AND Walk On The Striped Side with a 50% OFF discount! AND they have FREE shipping on orders $25 + over!

Now scroll down and check out the new releases by some my friends! 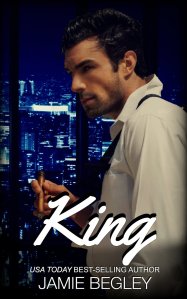 I’ve already read King and it was AMAZING!

My good intentions always led to disaster. The cold hard truth is that I was never meant to be a father to Lily. Staying in Treepoint, Kentucky for a few weeks to get to know my daughter was meant to be a time of discovery, instead I find out that she’s married to a killer and living in a sex club. I’m going to find out how to destroy The Last Riders and give Lily the future she deserves.

He thinks I’m a whore; he doesn’t know me. I’m nobody’s fool, but he thinks he’s going to use me to find The Last Riders only weakness. That’s his biggest mistake of all. There’s more to me than meets the eye. King thinks he’s too good for me, that I’m less than dirt in his eyes. What the King of Queen City is going to find out too late is that I’m his judge, and I hold his life in my hands. 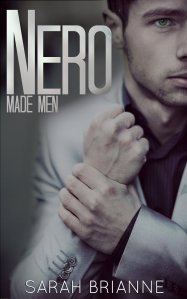 I read an ARC of Nero and it was AMAZEBALLS! More New Adult in content than Upper YA. LOVED IT and Sarah is a debut author so go give her a try!

Nero is the king of Legacy Prep, living a life of power.
Elle is the school’s punching bag, living a life of fear.
The only good girls Nero knows jump in his bed when he tells them to.
The closest Elle has come to a bad boy like him is in the cafeteria line.
The mob boss gave him orders to find out what she knows.
Her mouth is sealed.

*WARNING*
This work of fiction is intended for mature audiences only. All sexually active characters portrayed in this ebook are eighteen years of age or older. Please do not buy if strong sexual situations, violence, drugs, and explicit language offends you.

Don’t forget to sign up for the Jessie Lane newsletter!

Hey, did you know that if you go “LIKE” my Amazon Author Page that they’ll send you an email whenever I release a new book? You could be one of the first to know when a new Jessie Lane book is published on Amazon?!

*The “LIKE” button is on the upper right hand side of the page!*

CLICK HERE TO GO TO MY AMAZON AUTHOR PAGE!